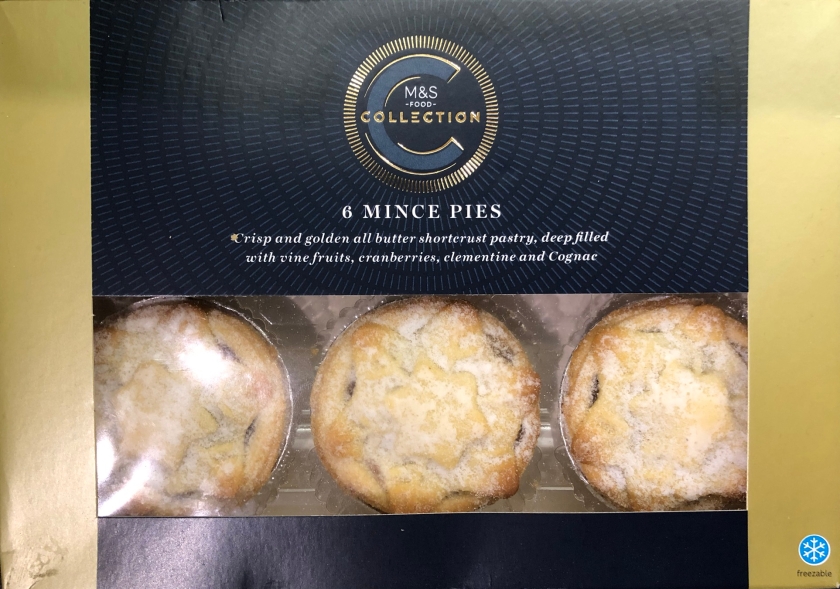 These were great in 2019, number one in fact, and so I’ve picked some up again for this year. And honestly…everything applies this year what I said in 2019. In the interest of time then, here’s the old review.

First off, the box is a normal kind of fancy box. It’s not Christmassy in anyway. Remember the rule, the less you say about Christmas on the front, the more subtle your branding and imagery, the more fancy the pies.

There is a window to the pies and the double star effect shows through nicely, with the icing sugar giving a mixture of thoughts from ‘very lovely’ to ‘these might be a bit messy’.

The packaging is nice enough, but very boring.

6/10 – Just not Christmassy enough, but bonus points for the window. Let the pies do the talking I guess.

Sliding them out of the box, the tray is solid and transparent, which is always nice and continues the theme of making us look at only the pies.

The double star effect is really good. Nobody is noticing if they don’t put that extra small star on top, nobody is complaining, but the fact they’ve done it, they’ve pushed the envelope of pastry decoration. Respect to them, it looks great.

The icing sugar helps too, the snow-like effect works well. Caution though, as expected, they are a bit messy and breathing out and biting down will look like you’ve had an interesting visit to Bolivia.

9/10 – Genuinely beautiful mince pies, one point off for the messy icing sugar!

One thing these mince pies are not, is large. 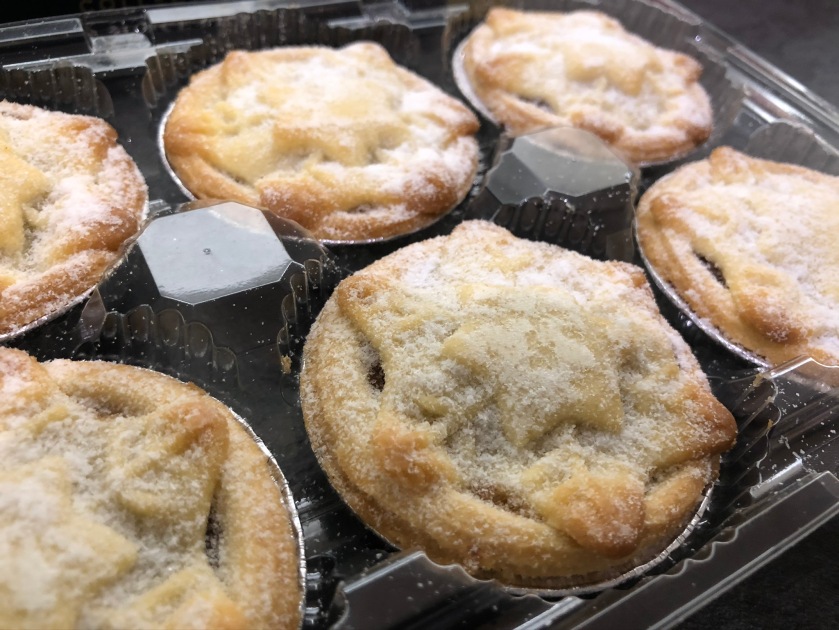 The sizing here is more like the Iceland ones, not so deep, and they’re certainly no Fortnum and Mason in size. But that’s ok, the box isn’t extra large, it fits the pies and something else that fits, is the filling.

The filling comes right to the brim, never overflows, and has real genuine chunks of filling. Nothing much more to say.

So, just how does it taste?

The pastry is crisp, very slightly buttery, but no claggyness, a reasonable crunch and no suggy bottom.

There is a lovely aroma from the pies too, it’s not massively boozy but the orangey clementine with the cognac does fill your senses and there is a great kick back. It’s perhaps a little uneven, suggesting your mileage may vary a little, with some pies much richer than the others. When you catch the good stuff, there is a great flavour journey here though.

You can definitely get two in a bowl too, if you’re going for the custard topping!

I think it’s fair to say Which are on to something this year and I may well be buying a bunch of these for Christmas week. If only the Ocado deal was this year!