Been a while since we looked at some Mince Pies. Well, these are mince ‘tarts’ according to the box so, still not done any. Anyway, let’s crack on.

The packaging is basically the same as the other Sainsbury’s Taste the Difference range, it’s nice enough, but it’s not that Christmassy. Not a lot to say here other than that really.

7/10 – Same as the other Taste the Difference pies, for better and worse!

So, these do look quite pretty. 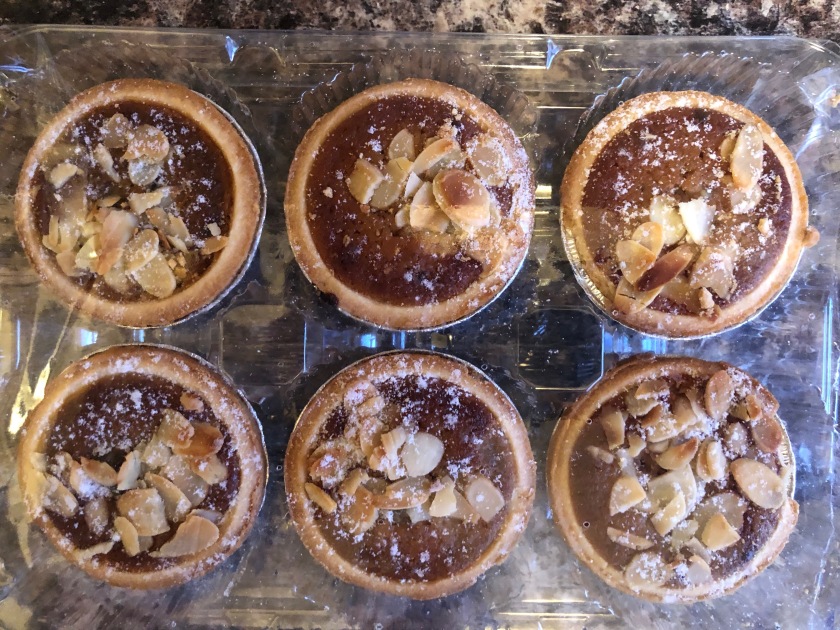 When you take them out of the box, they are in the plastic bag. They are attractive pies, even though inconsistently decorated.

The light dusting of icing sugar sets them off nicely.

When you take pies out of the tray, what is clear is that these will be a bit crumbly. The pies are slightly rough around the edges.

Hard to judge, remember these are not your normal sort of mince pie.

There is a very faint smell from these, hard to tell if it’s fruity or the marzipan. There is very little actual mincemeat in here and what there is, is very much blended with the fruity marzipan. It’s like a paste really.

3/10 – Not for me sorry, the filling is barely there and isn’t exactly flavourful! 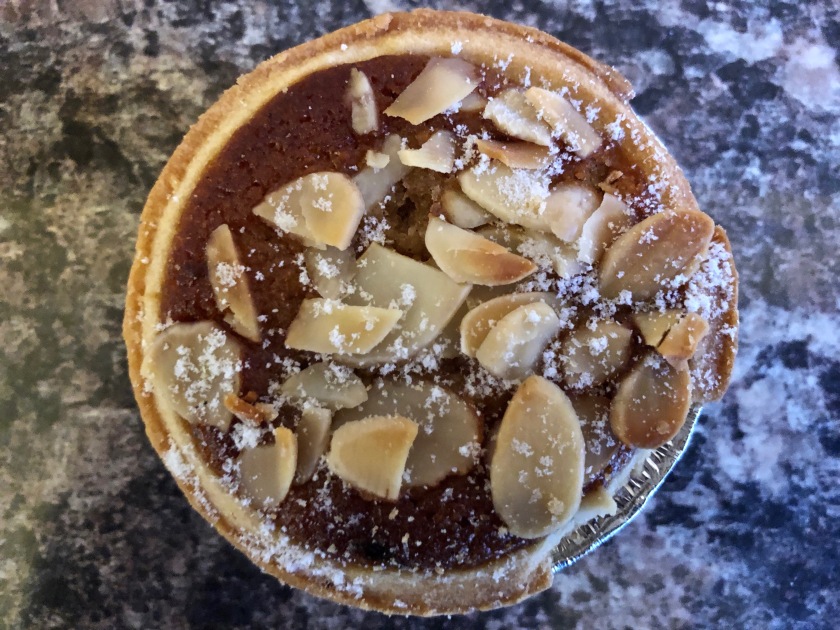 What to say about these then. They’re untidy, yet pretty, they’re blessed with not enough mincemeat…how will they taste?

You can really taste the marzipan, the fruit and the nuts here, and with the almonds on top there is a bit of a Bakewell tart about them. In fact, you put raspberry jam in rather than the mincemeat and I reckon that’s just what it would be.

Perfectly pleasant, but an acquired taste I would say.

These are different, I like different but they aren’t really ‘mince pies’ so it’s a bit much to judge them. I would say if you want something a little drier, a little less boozy or sweet, these might be the way to go for a change.