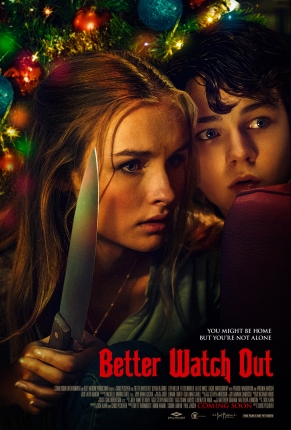 We started off our Christmas Movie Advent season with a nice comedy, then we moved onto feeling grumpy and drinking heavily and now…well now, since Halloween is still slightly fresh in our memories and everyone needs a little bit of a scare every now and again…I think it’s time  we have a bit of fun.

Better Watch Out is a fairly unusual, Australian-made, predominantly Australian cast pretending to be American Christmas movie. It’s set almost entirely inside the nice house owned by the main kid in the film, Luke, played by Levi Miller.

Now, previously I’ve dished out spoilers in these write-ups, but I’m going to avoid it for this one as any sort of spoiler will really ruin it. That said, the text below may have some very light spoilers included. 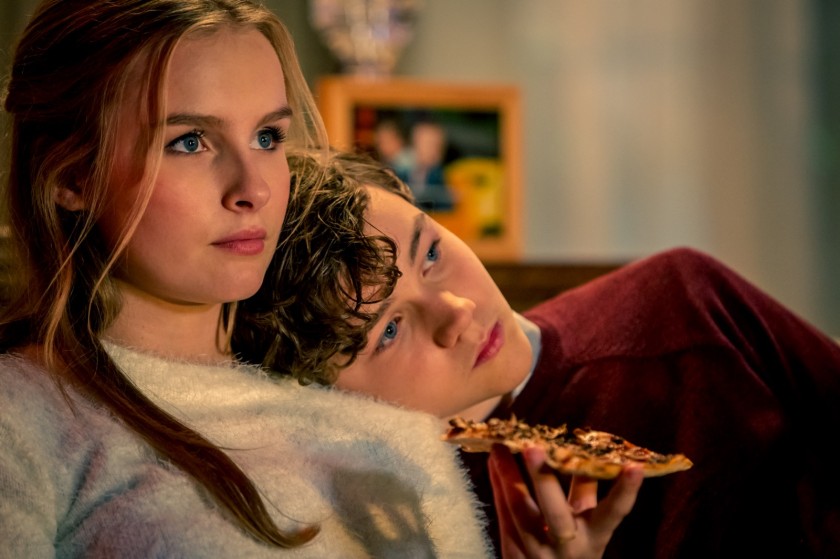 Olivia DeJonge plays the babysitter, Ashley, who comes along to babysit for Luke while his slightly weird but amusingly quirky parents go out for the evening. Luke is 12 and, as per a normal boy has the hots for his babysitter. During the first couple of scenes of the movie, Luke explains to his geeky best friend (he plays video games so therefore is geeky in movie world) that he’s going to get her to like him by watching a scary movie with her in the evening.

And then, things get amped up and the movie turns into Home Alone turned up to 11 with the most incredible portrayal of a genuine psychopath I’ve seen in a long time. The utter total lack of empathy in the character is mind blowing. Think Game of Thrones Joffrey, how mad he made you, and then you see this and you’re totally relaxed about Joffrey. This guy is another level.

Love the ending too and the way it plays out, very clever work. Honestly, I’m officially a big fan of this film and it’s one that should be seen by as wide an audience as possible.