Before Christmas, at the beginning of December a lot of people have that ‘Oh God it’s

nearly Christmas’ feeling. I feel like, after you’ve got your tree up already, you’ve had a first good blast of Christmas tunes, you’ve eaten a few mince pies and you’ve had a wine or two…the feeling comes back. And you want something that feels how you feel right now. This film is the perfect Christmas movie for that feeling.

Starring Billy Bob Thornton at his absolute downtrodden, broken, alcoholic, barely functional best, this movie has barely any magic in its soul, and it’s all the better for it.

The film follows Willie, played by Billy Bob Thornton, who is a department store Santa who is also an alcoholic, womanising, con man…which seems like the perfect combination for Billy Bob to be honest.

Helped by his elf, Marcus, played by Tony Cox, they plan for and rob the department stores they work in. Along the way, a pretty sad kid appears pestering Willie, who decides to rob him after the kid invites him home. The kid meanwhile, thinks Willie is the real deal. 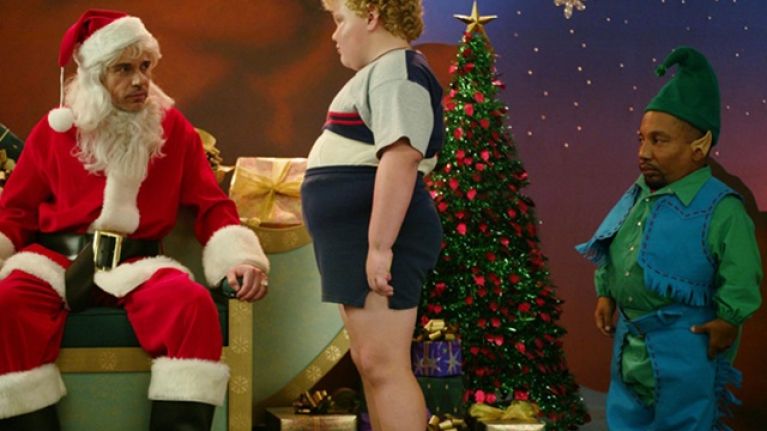 Somehow or other, a woman appears, they both move in with the kid and the deepest, darkest black comedy plays out all along.

As the con plays out, Marcus double crosses Willie, justifiably because of the heavy drinking, and it all goes off in the end with the cops getting involved.

It’s got to be said, writing some of this down I’m not sure how interesting this all sounds, but you’ll have to trust me, this is a stone cold classic Christmas movie. There is lots of swearing going on, so not one to put on in front of Grandma, but definitely get this on when you’re looking for your antidote to Christmas fun!